Who was Else Lasker Schuler

Else Schüler was born February 11, 1869 in Elberfeld , now a district of Wuppertal, to Jeannette Schüler and Aaron Schüler, a Jewish banker.

In 1894, Else married physician and occasional chess player Jonathan Berthold Lasker (the elder brother of Emanuel Lasker, a World Chess Champion) and moved with him to Berlin, where she trained as an artist. Her son paul was born on August 24, 1899 but passed on in 1927 and in 1902 she published her first full volume of poetry, Styx.

On April 11, 1903, she and Berthold Lasker divorced and on November 30 the same year, she married Georg Lewin whose pseudonym, Herwarth Walden, was her invention.

Lasker-Schüler’s first prose work, Das Peter-Hille-Buch, was published in 1906, after the death of Hille, one of her closest friends. In 1907, she published the prose collection Die Nächte der Tino von Bagdad, followed by the play Die Wupper in 1909, which was not performed until later. A volume of poetry called Meine Wunder, published in 1911, established Lasker-Schüler as the leading female representative of German expressionism.

In 1910,Lasker and Herwarth separated. Their divorce in 1912 left her broke and dependent on her friends for financial support,especially Karl Kraus. Later that year,she met Gottfried Benn and an intense friendship developed between them which found its literary outlet in a large number of love poems dedicated to him.

As a jew,Lasker got harassed and threatened by the Nazis despite winning the Kleist Prize in 1932. She emigrated to Zürich but there, too, she could not work. She traveled to Mandatory Palestine in 1934 and finally settled in Jerusalem in 1937. In 1938 she was stripped of her German citizenship and the outbreak of World War II prevented any return to Europe. Unfortunately, life for Lasker was not easy and she lived a life of poverty.

Lasker held literacy programs and some leading Jewish writers and promising poets attended them however she eventually got banned from giving reading and lectures as they were held in German. In her final years, Lasker-Schüler worked on her drama IchundIch (IandI), which remained a fragment. However, she finished her volume of poems, Mein Blaues Klavier (1943, My Blue Piano), printed in a limited edition of 330 copies.

“Her literary farewell became her last attempt to overcome the loneliness of exile. Significantly, she dedicated the work to “my unforgettable friends in the cities of Germany and to those, like me, exiled and dispersed throughout the world, in good faith.” In one of her final acts, she asked that her hometown of Wuppertal and its surrounding area be spared from Allied bombing.”

Lasker was never good at managing her finances and she tended to spend whatever money she had all at once leaving her without food or shelter for days. Heinz Gerling and the poet Manfred Schturmann came to her aid. Gerling opened a bank account for her and arranged for regular payments to cover her expenses whereas Schturmann edited her work and helped with her dealings with publishers. After her death, Schturmann became the trustee of her legacy and during the 1950s and ’60s dealt extensively with publishers in East and West Germany, Switzerland and Austria who wished to publish her works.

In 1944 Lasker-Schüler’s health deteriorated. She suffered a heart attack on January 16, and died in Jerusalem on January 22, 1945. She was buried on the Mount of Olives. 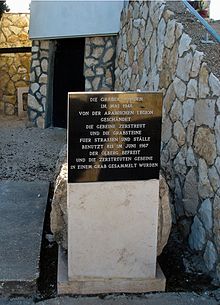 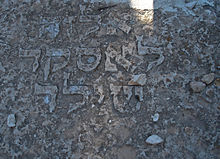 Who is Doreen Montalvo? : Broadway and Mrs. Doubtfire dies at 56(bio, wiki, age,…

Who is Dan McNeil?: Chicago radio presenter fired by Entercom after tweeting a…