Terron Jammal Boone,the half-brother of Robert Fuller, the 24-year-old black man who was found dead hanging in the city of Palmdale, California, last week, was killed in a deputy-involved shooting in Kern County on Wednesday around 4:30 p.m. local.

According to a statement from the Los Angeles County Sheriff’s Department, deputies searching for a “kidnap domestic assault” suspect were fired upon when attempting a traffic stop after detectives had observed and positively identified a male matching the suspect’s description in a vehicle.

“The detectives followed the vehicle and attempted a traffic stop. The suspect opened the front passenger seat door and engaged the Deputies by firing multiple rounds at them with a handgun. At that time, an Officer involved shooting occurred during which the suspect was struck several times in the upper torso,the man was pronounced dead at the scene.”

A  woman who was driving the vehicle was shot at according to the report.She was treated and discharged from a local hospital. A 7-year-old girl was also in the vehicle but she was not hurt. 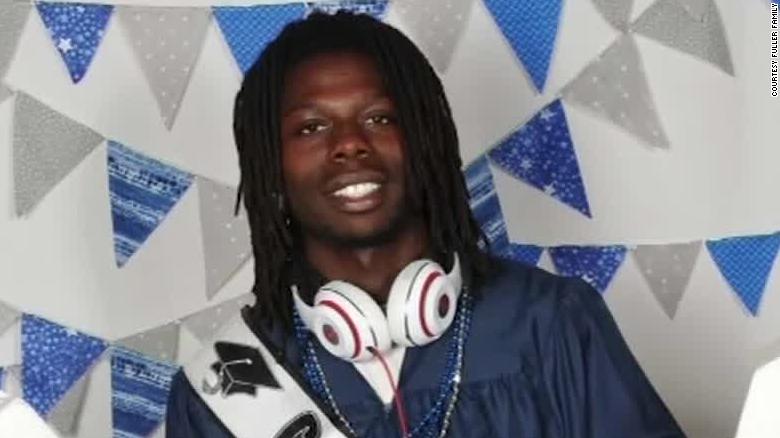 About Robert Fuller
Fuller was found hanging from a tree on June 10th. Despite his death being consistent with suicide,officials “felt it prudent to roll that back and continue to look deeper,” according to Los Angeles County Medical Examiner Coroner Dr. Jonathan Lucas.
Nothing but the contents of Fuller’s pockets, rope and a backpack he was wearing were found on the scene. Investigators are researching his medical history, looking for the witness who reported the hanging, searching for contacts in Arizona and Nevada and looking for the neighborhood surveillance video. They will also analyze Fuller’s cell phone.
An autopsy was completed last Friday, but Fuller’s family announced Tuesday that they are seeking an independent investigation and autopsy to determine the cause of his death.
Loading...
Share

Who is Tyler Marie Thorp? Woman Dies after falling from a NYC building; His Bio,…

Who is Dixie Lewis Boyfriend, Ross Schultz? The Couple died in car crash; His Bio,…

Who is TikToker Amanda DiMeo? Underboob ‘hack’ got her free Disney Merchandise; Bio,…